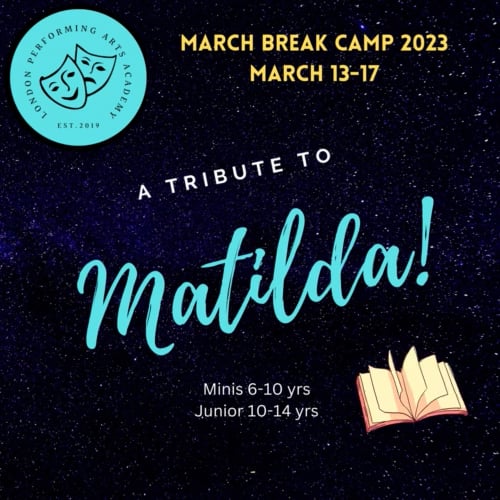 Meet our Faculty of Directors, and Industry Professionals

Our  Senior Cast Members get to experience vocal and acting training by Toni nominated Laura Bell Bundy.  Laura is best known for playing "Elle Woods" in Broadway's Legally Blonde and "Amber Avon Tussle" in Hairspray. She has an extensive country music career and has been seen on TV and Film. She can be seen as young "Sarah Whittle" in the original Jumanji. Other film credits include, Dreamgirls, The Adventures of Huck Finn,Watercolour Postcards, The Christmas Calender, Becoming Santa and more.

We are so honoured for our students to have the incredible opportunity to train with this talented Professional.

Our  Senior Cast Members get to experience an online session, vocal training by Drew Seeley. Drew is a Canadian born singer, songwriter, actor and dancer. Drew is known for being the voice of Troy Bolton in Disney’s High School Musical.

His voice is featured on many Disney soundtracks and compilations. Drew starred as Prince Eric on Broadway in Disney’s The Little Mermaid.

He starred opposite Selena Gomez in “Another Cinderella Story” and starred in 2 Hallmark movies, “Claire” and “Freshman Father”

We are so honoured for our students to have the incredible opportunity to train with this talented Professional.

Courtney is in 2nd yr at UWO, working on her Bachelor of Arts in Social Sciences focusing on Political Science. In addition to directing Jr and Sr productions at LPAA, she is currently directing the spring musical at UWO.  Courtney began dance lessons at 3 yrs old and dancing competitively at 8. She received multiple dance awards over the years including a national award, "1st Place Solo Dancer" in the Canadian Model and Talent Competition. Her training in dance includes Certificates from the "Royal Academy of Dance" for Ballet, while studying under the talented Kelly Maxwell, as well as a certification from "Adapt" for Student Assistant Teacher. She has volunteered and worked as a Student Teacher for 7 years teaching Ballet, Jazz, Tap and Acro to junior and intermediate dancers aged of 5-16. Also a competitive cheerleader at the time, has won an American National title in Buffalo, as well as winning a spot in the prestigious D2 Summit at ESPN wide world of sports in Florida. Her love of singing began in 2015 when she received the National award "2nd Place Solo Vocalist" award at the Canadian Model and Talent Competition. She was picked up by American and Canadian Talent agencies, and signed with her Parent Agency in Toronto. She has sang the National anthem at many sporting events in including the  London Lightning.  She started in youth theatre at 12, with acting lessons and acceptance into the Summer Conservatory in New York City at AMDA, The American Musical and Dramatic Academy where she spent the summer immersed in life on Broadway. She was later accepted into their Bachelor of Fine Arts program. Recently, Courtney participated in Master class vocal lessons at Ripley Grier studios in New York City led by Broadway's Laura Bell Bundy and Erika Henningson. There, she also participated in Dance and Choreo workshops with Broadway's Sarah Meahl and Greg Zane.

Notable roles include "Kate Mullins" in The Grand Theatre's High  School  production of Titanic The Musical, "Sarah Brown" in Lyte's Guys and Dolls, "Heather" in MPT's Something Wicked, "Wednesday" in LPAA's Addams Family, "Dorothy" in The Wizard of Oz, "Cinderella" in Into The Woods, "Princess Fiona" in Shrek, "Alice" in Alice in Wonderland, and "Wendy" in Peter Pan. She also appeared in the Ensemble of "Prom Queen The Musical" at The Grand Theatre in London. Courtney's professional credits include a supporting role in a Toronto based web series, commercials, a national CAA campaign, and a short film that won an award of Merit at Indie Fest in Toronto, Semi-Finalist at the Rhode Island Film Festival, San Antonio Film Festival and was an official selection of the Toronto Independent Film Festival and London's own Forest City Film Festival.

Lauren is currently working on her Bachelor of Science in Kinesiology at The University of Western Ontario. She began doing theatre when she 3 yrs old in the production "3 of a Kind". Lauren has over 10 years of training in vocal music, and has received awards for her achievements including Outstanding Performer-Junior Concert Choir, as well as Highest Standing in Vocal Music. She has been teaching early level music lessons for 3  years.. Lauren was the Head counsellor, Summer Program Coordinator and Director of our summer Mini-Musicals. She has been Assistant Director with LPAA's past productions of the Jungle Book Kids and Descendants Junior. Some of Lauren's credits include; "Bricoux" in The Grand Theatre's production of Titanic the musical,  "Gabriella" in LPAA's production of High School Musical, "Dragon" in St. Mary's Choir's Production of Shrek the Musical as well as other lead roles in youth productions such as, "Mary" in Mary Poppins, "Eponine" in Les Miserables, and "Glinda" in the Wizard of Oz. Outside of theatre, Lauren also plays hockey and soccer and values physical education. In her spare time she loves to sing, play piano and the guitar, and spend time with friends and family. Lauren has always had a passion for musical theatre and inspiring young performers. She is so excited and proud to be involved another year with our LPAA youth performers and can not wait to see them thrive on a live stage doing what they love to do!

Angelina is a grade 12 student at Oakridge Secondary student planning to pursue post-secondary studies in the Humanities. Her involvement with community and professional theatre, since a very young age, includes roles such as: “Hamlet” in Lester B. Pearson’s, Hamlet, “Clara” in ITOPIA’s, Heidi, “Helen Weathers'’ in the Grand Theatre’s, A Christmas Story, “Atugauq” in Stratford Festival’s, The Breathing Hole and many more. She's a member of Actra, appearing in a National TV commercial and as the lead in a student film. Angelina has regularly competed at the London Kiwanis Music Festival in Speech Arts, winning the District Award from 2016 - 2022 and competing at Kiwanis Provincials from 2017-2020, placing second in 2020. She, also, competed in the Optimist Oratorical Competition, winning First Place in Southwestern Ontario in 2020. Her training includes working with London, Stratford and Toronto acting coaches in group and private lessons in areas of articulation, voice projection, expression, body language and character development. Recently, she participated in the Young Writers Retreat, a program by the Stratford Festival, in order to strengthen her love of theatre through playwriting and co-directed Oakridge’s 2022’s entry for the National Theatre School Festival. Angelina believes it’s important to never stop learning so she’s beyond excited to not only teach but learn from her LPAA students. She hopes to inspire her performers to work hard and create art that they are proud of.

There he also played "Pugsley" in their production of Addams Family.

This will be Tanner's second year working with our Mini Musical summer participants and we are so excited to have him back. His incredible talent is matched only by his kind hearted nature and the care he takes to make sure each student in our programs has a chance to shine while they learn and grow with us.

Tanner is beyond thrilled to be working with young performers and watching them shine as the bright stars they are,

After graduation Alex began working towards his ARCT certification with the Royal Conservatory of Music. Alex started playing Viola at the age of 12 with El Sistema Aeolian.

He then moved to the London Youth Symphony and eventually found his love of vocal music. Alex has sung with choirs at David Geffen Hall as well as Carnegie Hall as a member of the London Singers and later spent a season with Western Singers while in grade 12.

He is very excited for the opportunity to work within the theatre industry teaching vocal performance as he continues his own musical education and career.

London Performing Arts Academy is a not for profit organization. We provide a unique triple threat experience where London and area youth can express themselves, buid confidence and fulfill their passion to perform live. We make sure everyone involved in our programs has the opportunity to shine.

LPAA is a not for profit organization. We offer Partial and Full Talent Based Scholarships for our full programs.

Contact us for more information regarding assistance and payment options. We never want finances to be the reason someone misses out on their opportunity to shine!

Please let us know if you would like fundraising information to help offset the cost of tuition.

We are so excited to finally get the chance to put these productions on a stage with a live audience. The beautiful voices and faces of these talented performers will finally be heard! We thank you for supporting the arts, and can't wait to see you there!

3 Performances Presented by our Junior Company

4 Performances Presented by our Senior company

Presented by our Mini Company